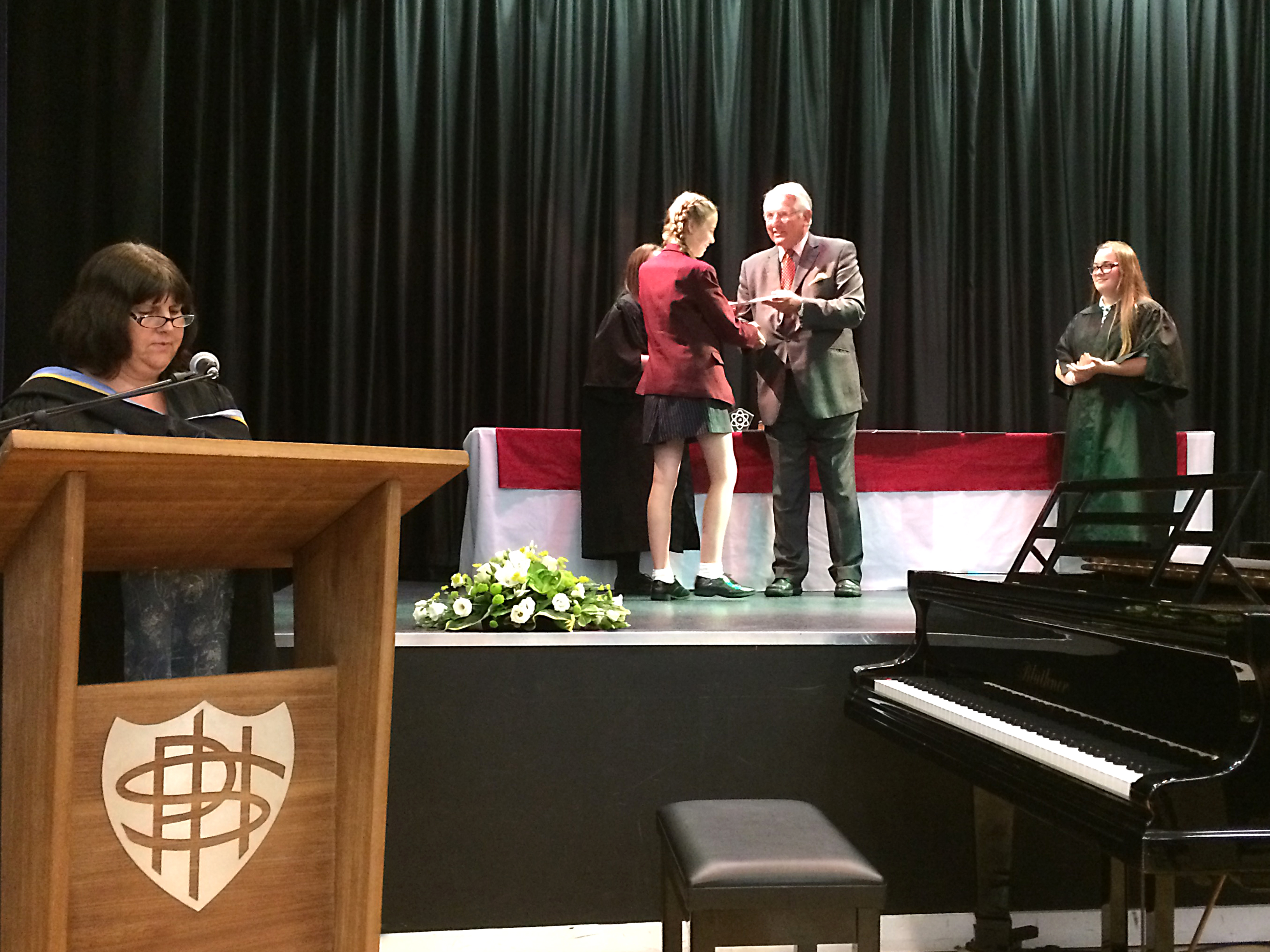 Portsmouth High School girls were presented with prizes by Admiral Sir Jonathon Band GCB at an awards ceremony this week.

Girls from Year 7 to Year 9 received their awards from mathematics and science to drama, music and social responsibility.  Amongst other awards, girls were presented with Blake Nicholson Year Prizes, for a high standard of academic achievement and the Tudor Merit Prize for endeavour throughout the year.

Sir Jonathon Band, Vice Chair of Governors and a former parent of two daughters who attended the school, told the girls that it was testament to their hard work and the hard work of the teaching staff that they were celebrating.

He spoke about friendship and teamwork.

‘My experience of life in the Royal Navy and since, in business, tells me that teamwork is the key to so many of life’s challenges as well as the source of much enjoyment.

‘But friendship, like most facets of life, needs investment.  There is a danger, when young, of thinking that the number of friends is important.  But it isn’t.  It is the quality of those friendships that count and real friendships take investment and time.  It is more than counting the friends on Facebook or on Twitter.

Indeed, the joy of friendship is spending real time together and not on your phone; time to ensure you share the same values.  So, invest in that small number that you develop into your close friends.  It is these shared values and interests that bond friendships and is at the heart of forming great teams.’

‘We are so grateful to Sir Jonathon for all his support.  He retires this summer as his tenure comes to an but his long connection with the school as a father of two pupils, husband of a member of staff and most latterly as a governor will, I am sure, continue.

‘At evenings such as this one it is wonderful that we celebrate so much success,’ she continued. ‘The astronaut Jim Lovell, Commander of Apollo 13, made the following observation; “There are three types of people in the world; people that make things happen, people that watch things happen and people that just wonder what has happened; to be successful you need to be a person who makes things happen.”

‘I hope you want to be that person who makes things happen,’ she told the girls.  ‘I hope that you never lose the desire to reach new goals and challenges; that you are never the looker-on but the always change maker.’ 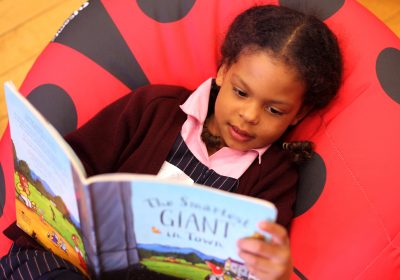 Stories can be a great way to learn

Each week children from Pre-School and Reception Class enjoy coming into the Prep School library for a story session with the librarian from the Senior...

We are delighted to announce that Portsmouth High School has been shortlisted for the Prep School of the Year award in the prestigious Tes Independent...

It’s never too early to start thinking about your career…

Head of Careers Mrs Davies visited Year 6 at the Prep School to talk about the huge variety of jobs available to the girls in... 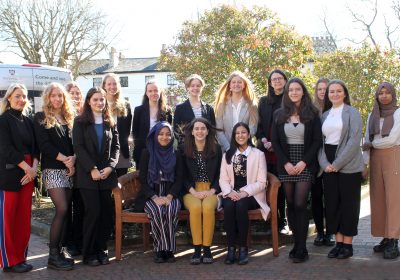 It is with great excitement that the new Head Girl and Senior Prefect team were announced today for 2021/2022. Earlier in the week the school...